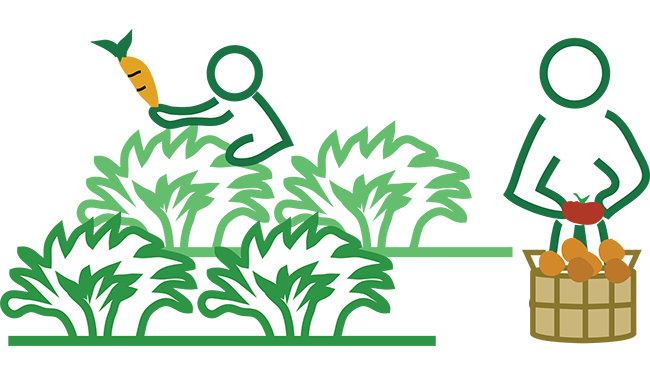 India has been a land of great agricultural abundance throughout her long history. It was during the period of British administration that agriculture began to languish in large parts of the country, and per capita availability of food declined to the level of around 200 kg per capita per year, which suffices only to maintain bare physical existence. After getting rid of the British, much public effort has gone into agriculture; but per capita availability of food has remained almost unchanged. Consequently, a large proportion of Indian people have continued to remain hungry and malnourished.

Agriculture is the key to the economic growth of India. Enhancing and purifying the agricultural activity offers the only way of immediately and gainfully employing the people of India. This is also the way of removing hunger and poverty from the face of India. It is common economic wisdom that for a populous country like India, economic reconstruction has to begin with agriculture.

India has however been trying to defy this common economic wisdom. We have let production of food grains grow at a rate barely sufficient to keep pace with the growth of population; while concentrating our economic energies on achieving substantial growth only in services, and to a lesser extent in manufacture. This is a policy guaranteed to perpetuate hunger.

There is also an imbalance with our food based imports and exports. The quality produce is exported and the inferior quality (one with chemicals) from the developed nations is imported for us to consume happily.

In 2015, the European Union (EU) banned import of Indian Alphonso Mangoes due to high pesticides content in it. This same batch was then made available in the Indian markets for us to consume. Later when our farmers improved the alphonso quality, their export to EU resumed. Have we questioned that if our NRIs cannot purchase agricultural land in India, then why is our food produce moved out of our country when we have not met the local needs yet.