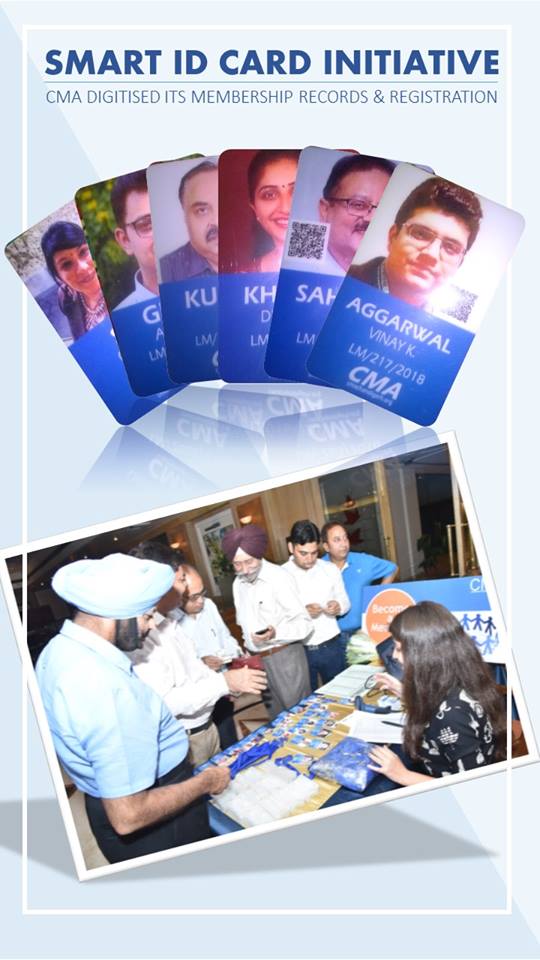 In the era of global digitalisation, Chandigarh Management Association also envisaged to go for digitisation in many ways during 2017-18. With the launch of several initiatives during this year, CMA’s visibility increased considerably among professions in and around Chandigarh.

This not only resulted in rapid increase in membership base during the year but also increased the number of participants event after event. MemberPlus initiative of CMA further expanded the membership base with its over-whelming response and facilitated adding total of 100 new members into CMA fraternity during 2017-18, which are rather likely to grow further at a swifter pace.

Considering the increasing membership base of CMA, also continuing with CMA’s series of initiatives, membership records were digitised and issuing of smart QR coded identity cards to all its members was accomplished.

With this initiative, information about each member is now secure and is also readily accessible. The time consuming registration process before each event has now been reduced to almost nil with the use of a scanner to mark the presence of member attending the event. Data of attendees is also available in digital format, making the follow-up process easy and convenient that too in real time.